"Jessica Roemischer takes music off the keys and delivers it to a place that is none other than love." Rev. Douglas Small, Worthington, MA

Jessica Roemischer is an award-winning pianist and author, as well as a beloved teacher, who specializes in unique concerts and inspirational events. Her life is devoted to liberating the human spirit through a compelling combination of music and story. Born into a musical family, Jessica began piano at age six and was improvising and composing from the outset. Her pedagogical lineage through her mother, who studied with Polish-born pianist, Leopold Mittman, links directly to Frederic Chopin.

Captivated by the timeless beauty of classical music, Jessica was also a "child of the '60's" (and '70's) and found herself equally as compelled by the soaring harmonies of Crosby, Stills, and Nash, the inimitable guitar of Led Zeppelin, and the hypnotic vocalizations of Van Morrison. Learning to play her favorite songs by ear, she simultaneously pursued classical piano studies with Marilyn Sophos and won awards in the Westchester (NY) Symphony and Westchester Conservatory Concerto competitions, among others.

Jessica's affinity for the creative and visual arts was inspired by her mother, who attended the Institute of Fine Arts, and her grandmother, Mme Berthe, one of the foremost theatrical costumers of the 20th century. Producing the finest hand-made gowns, suits, and costumes, Mme Berthe counted among her clients Lena Horne, Duke Ellington, Liza Minelli, Tallulah Bankhead, Salvador Dali, Jackie Gleason, The Radio City Rockettes, nightclubs such as the Sands Hotel in Las Vegas, the Latin Quarter, and the Cotton Club. As a girl, Jessica would visit her grandmother at Mme Berthe Costumes on 47th Street in New York City, where she'd delight in the endless array of colored sequins and bugle beads.

Jessica graduated with High Honors in Visual Arts from Princeton University. Her mentors were master photographers, Emmet Gowin and the late Frederick Sommer. Upon graduating, she assisted Mr. Sommer with the editing of his writings, some of which appear in Words/Images, a definitive retrospective published by the Center for Creative Photography. Shortly thereafter, Jessica moved to Melbourne, Australia where she lived for much of the 1980's. She taught music and photography at secondary and tertiary institutions throughout the city, and was the first photographer to be awarded a State of Victoria Community Artist Grant by the Victoria Council on the Arts. Her photographs of inner city life in Melbourne appeared in media publications throughout Australia.

Since that time, Jessica has performed and taught on four continents. Her innovative work in music and the arts is informed by a life-long study of philosophy, aesthetics, and spirituality. From 1989-1999, Jessica was on the Music Faculty of Middlebury College, Vermont. 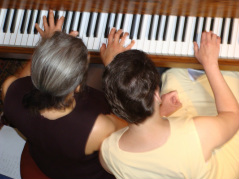 The Red Lion Inn, Stockbridge, MA
As a pianist, Jessica Roemischer is a consummate artist whose piano interpretations have a rare beauty and authenticity. Combining jazz and blues idioms, delivered with the finesse of a classically-trained pianist, Jessica offers unique interpretations of favorite melodies and themes. She draws her inspiration from four centuries of music--from Bach to the Dave Matthews Band--as well as creating her own original compositions and soundtracks. Jessica has released three full-length albums: "Haven," in 2011; "In Duet with God," in 2013; and "Light Born of Light," in 2015, available on iTunes, Amazon, CDBaby.

More than just an accomplished solo musician, Jessica calls upon her abilities to help others awaken to their own creativity. She has concluded that, when given the optimum environment, an individual will invariably come forth with extraordinary strengths and capacities. Jessica Roemischer generates this ideal environment through her unique approach to piano duet improvisation, The Duet Paradigm(R). In so doing, she makes it possible for everyone--regardless of age, background or the presence of a developmental disability--to access his or her deepest and most far-reaching potential.The result: a potent transformational framework that can be applied with or without music in personal, educational, organizational, and even geo-political contexts.

From 2007-2012, Jessica conducted a unique music program at Riverbrook Residence for Women in Stockbridge, MA, the oldest facility of its kind in New England, USA, and a model of care for women with disabilities. Implementing her Duet Paradigm approach to piano duet improvisation, Jessica's ground-breaking work with the women at Riverbrook received support from the Boston Symphony Orchestra and Caroline and James Taylor; is the subject of a paper she delivered at the Oxford Round Table, Oxford University; and earned her a nomination for a CNN Heroes Award.

Jessica's eclectic background includes writing, journalism, and architectural preservation. Her National Register of Historic Places (USA) listings and innovative architectural education program in the Adirondack region of northern New York, led to a New York State Historic Preservation Award in 1995, as well as a nomination for the New York State Council on the Arts award.

As a magazine editor and journalist, Jessica's writings have been translated into five languages. She has dialogued with some of the world's cultural and spiritual icons, including Archbishop Desmond Tutu, Carlos Santana, theologians Karen Armstrong and Huston Smith, Apollo astronaut, Edgar Mitchell, and many others. Her major article, "The Never-Ending Upward Quest," is widely recognized as the most comprehensive and accessible introduction to the theory of cultural development called, "Spiral Dynamics," - an approach that helped facilitate South Africa's peaceful transition out of apartheid.

Jessica Roemischer's first book, a spiritual memoir, In Duet with God - The Story of a Lifelong Friendship, was published in 2015. It was honored with an Illumination Book Award. 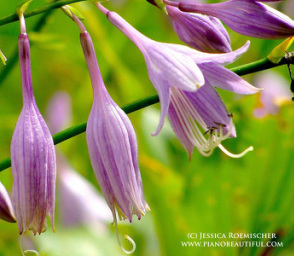